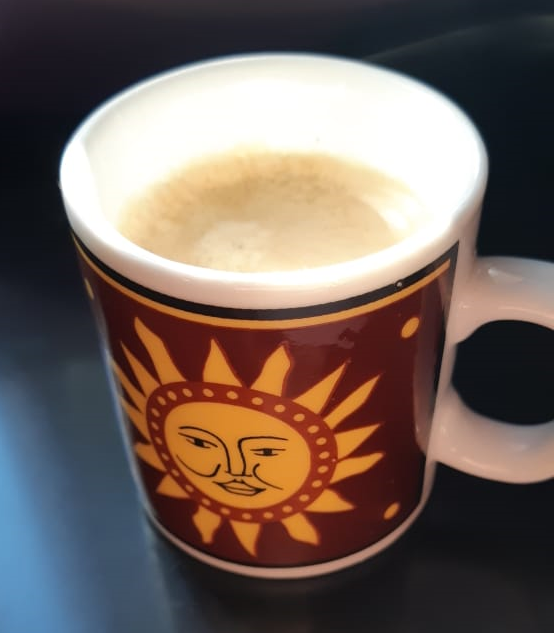 Yesterday I read a text about the supposed benefits (these news should always be taken with a grain of salt) of handwriting: it would improve motor coordination, especially cursive writing. My cursive was disgusting, so I stopped practicing it in high school, and my writing with block letters is more or less the same. I always preferred writing with a machine. A typewriter to be more precise, because of that heavy sound when prints each letter. That must be why my motor coordination stinks.

Additionally, the study that the handwriting facilitates the reading and comprehension of texts. Apparently, it activates the same areas of the brain that are used for reading. There is when I fall out of the picture since I’ve never had trouble reading. Rather, I have had problems to stop reading and that’s why I had so much myopia. My mother always told me not to read upside down, not to read all night, not to read with a bad light. I didn’t pay much attention to her: I was seven years old and I had already read one hundred and fifty-two books. I know because I found an old notebook with a list I made at that time, of the books I had read (it’s sad that my handwriting is still so bad after more than thirty years later). What kind of 7 years old kid of reads ‘The Count of Monte Cristo’? I check the list and I almost feel embarrased. On second thought, it seems to me that my manual problems come from being a derelict left-handed or an unnatural right. I’m what is called an ambibrute, that is an ambidextrous with clumsy hands, or in other words I have two non-skillful hands in a similar proportion.

The instrument where I deploy my full potential is with the computer. When I write by hand I fill the paper with erasures, arrows and asterisks. I’m too used to writing, correcting and ordering my ideas at the same time. That said, handwriting has some benefits such as mobility. Only with an annotator and a pen, I came to the public square to take advantage of the brief moments of “heat” in winter. I tuned Vivaldi’s radio on Spotify, not because I thought that listening to classical music made my writing better. There are people who think that classical music makes you smarter, but it’s not my case. The truth is that when I write in a public place, I like to hear what goes on around me. However, Xuxa’s music that came from the carousel wasn’t helping me. Anyway, I’m glad I did: I catched concert number 2 Summer, Presto. My favorite part of the four seasons, I always imagine how a summer thunderstorm lashes the countryside. Then, they passed the Pachelbel Canon by Mozart and then the Suite for orchestra number 3 (Air) by Bach. Three of my favorite classical music themes. So I had about twenty minutes of very productive writing.

Separate note: I remember I heard the Bach song for the first time in my teen days watching the fantasy / science fiction series (it’s difficult to know in which box it falls) existentialist series Neon Genesis Evangelion. This 90s Anime is back because it has recently been re-released on Netflix. When I was a teenager, the only way to get to know that series was with pirated VHS that were passed from hand to hand. At that time, Internet was just beginning and content distribution was much more complex. In fact, there was one night at home that we gather with my high school buddies to watch the full series and the movie ‘The End of Evangelion’. Reviewing the series now, the truth is that it isn’t bad at all. I still like it although I do not connect like that anymore. It has that adolescent theme, and I’m not that at age. That is so common in Japanese pop culture, that I tend to think that the Japanese must have a really bad time in high school. I wouldn’t be surprised: the system is designed to stimulate brutal competition among students.

Although I could get into talking about the Japanese educational system, I won’t continue writing because I’ve already wrote a lot. Another day perhaps.