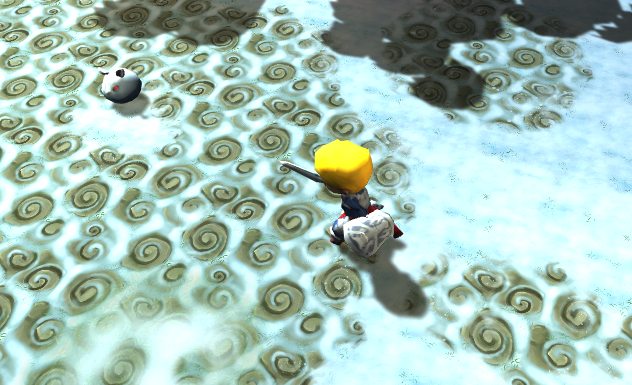 I haven’t been updating very often because I’m working on several projects. The game has advanced, I worked a lot on the player’s state machine and I think I achieved fluid movement. The problem was that I had to design the entire animator controller because the model uses the legacy system. I’d thought about using the navigation system in conjunction with the physics system. However, I decided to discard the physics because some interactions with the RigidBody component were driving me crazy. Maybe I’ll include the RigidBody (although kinematic) later to use triggers, but only if I think it’s necessary.

Anyway, since I already feel that I have advanced enough with the main character, I’m already spawning enemies. In this case it was easier because the models are pretty good. Additionaly, their animator controllers are easy to understand.

Small digression, the city government placed a bicycle station close to home, so I signed up.

Yesterday I took a ride.

Unfortunately, my first impression was disappointing: the application (which is the basis of the system) works poorly. The numbers of unoccupied spaces and bicycles available aren’t accurate. They might argue that the numbers of available spaces/bikes fail because people leave the bike unhooked. However, they fail even with simple things like the capacity of each station. For example, the nearest station to Cabildo and Juramento has a capacity of 5 when there are around 20 spaces. If you make a mistake by a margin of 1 or 2 it could be the users fault, but when the difference is 10 or 15 the app is to blame.

Maybe it’s because I’m a computer systems specialist, but I cannot take this seriously as a means of transportation if that type of bugs aren’t fixed. It’s appropriate to take a ride without hurrying. Unfortunately, launching the system like this seems to me more like an advertising move than practical measure (they are flooding the city with orange bicycles before the elections take place).

Anyway, going back to the game: as soon as I have the fighting system I’m going to publish a webgl demo.