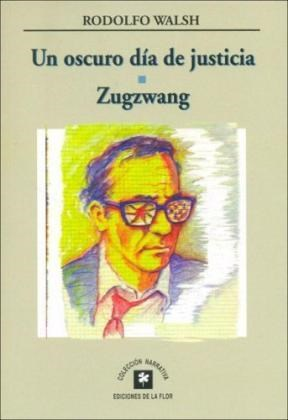 Rodolfo Walsh claimed that writing was a violent trade. I’ve always liked that definition. When I write a text, I seek to generate an impact. A “cross to the jaw”, would say Roberto Arlt.

However, I cannot say that I agree with the definition. To Walsh, a writer had to denounce the system and writing was itself a field for political action. Although that seems fine to me, it’s not the only use that literature can have. A knife can hurt a person. But, it’s also used to cut food, or to operate on a sick person and help it heal. I’m not saying that writing is a knife, but it’s certainly a tool. A very flexible tool: the history of mankind begins with writing, every previous period is known as prehistory (before history).

The role that writing has played in the development of the human being is absolutely relevant: it’s the first instrument that has allowed the recording of a person’s thoughts at a certain point in his life. We know Walsh’s intimate thoughts because he recorded them in his diaries. For that reason, in addition to his body, his murderers tried to make his papers disappear: to make his thoughts disappear. In turn, writing hasn’t only been the first means of registration. Thanks to the invention of Gutenberg, it has also been the first means of mass content distribution. Even today, although we have image and sound recording technologies, or media that allows instant distribution of content globally, solitary writing remains the most essential means for recording the most complex and intimate thoughts.

I expose these topics because sometimes I wonder about my own reasons to continue writing. It’s been a while since I wrote here. Why do I write reflections, stories or poems if I have no interest in publishing them? I think that for me writing is a healing tool. I write my thoughts to avoid being drowned by them. We live in an imperfect, impure world. Finding meaning in things is necessary to get up every day to live the life. To conjure a moment and place in spacetime where everything feels right.

I don’t know if it’s a good reason to write. The truth is that I don’t care either.